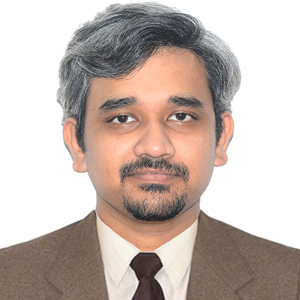 Abhijith is pursuing his PhD in biotechnology. He has expertise in bioremediation and bioconversion, including bamboo waste bioconversion and fungi-based decomposition. He is the Founder and Head of Innovation at Dr. Mushroom Agro Tech Private Ltd., funded by an IDEAS Grant from the Kerala Start-up Mission. Some of his innovative projects have received funding from Nidhi Prayas Grant from the Department of Science and Technology, ATMA Innovative Project by the Government of Kerala on Biocontrol & Biofertilizer production, among others. Abhijith has also published widely on nanobiotechnology, mycelial fungal genetics and bioinformatics, and has submitted sequences to GenBank (NCBI) on, ‘Heavy metals tolerant fungi from industrial effluents’. He previously worked as a research assistant at the Nanobiotechnology Lab, University of Mysore and as a teaching assistant at the Centre for Wildlife Studies, Kerala Veterinary and Animal Science University.

Abhijith is currently engaged by Uravu Eco Links in an advisory role on the application of biotechnology in bamboo processing and waste management.